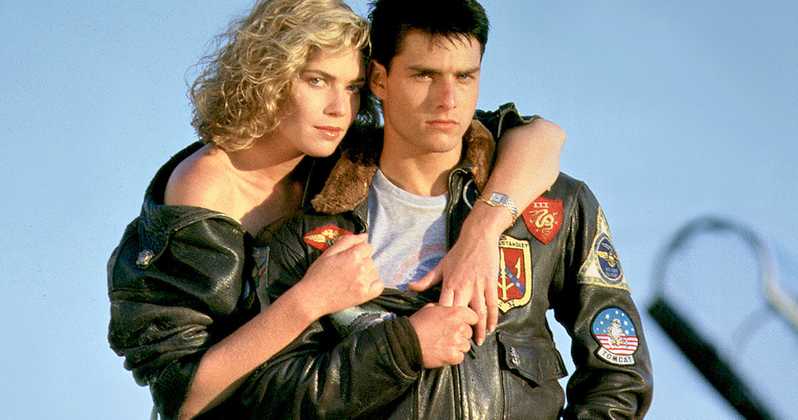 Last Wednesday, during the men’s fashion week and Pitti Uomo, at the Avirex flagship store in Florence, the military lifestyle brand presented a capsule collection created in collaboration with ViacomCBS to celebrate the sequel to the film Top Gun.

After 34 years Tom Cruise will fly back in the role of Captain Pete “Maverick” Mitchell in the sequel of the film that made the actor one of the most famous Hollywood stars and that became one of the most iconic movies of the 80s.
The 1986 cult, indeed, won an Oscar for best theme song with “Take My Breath Away” and was also a huge commercial success, grossing over 356 million dollars, a record for those years.
Thanks to this movie, quicky exploded the trend of leather jackets with patches and “aviator” sunglasses, with many fashion brands producing all sort of replicas of the jacket worn by Tom Cruise.

The original jacket used in the film was instead the classic G-1 supplied by the US Navy and produced by Cockpit USA, at the time a brand belonging to Avirex.
The jacket, inherited by Maverick from his father who was also a pilot, was then faithfully reproduced by Avirex and quickly became a real cult object.

This collaboration between ViacomCBS and Avirex leverages the nostalgia effect by proposing a great classic in a modern key.
Exclusive images from the backstage of the new film, memorabilia and the display of original jacket worn by Tom Cruise in the first Top Gun, made the presentation of the capsule collection even more emotional.

We are looking forward to discovering if EssilorLuxottica group, nowadays owner of the Ray-Ban brand, will also propose a special “aviator” collection inspired by the Top Guns.

View all posts by Ambra Farioli →