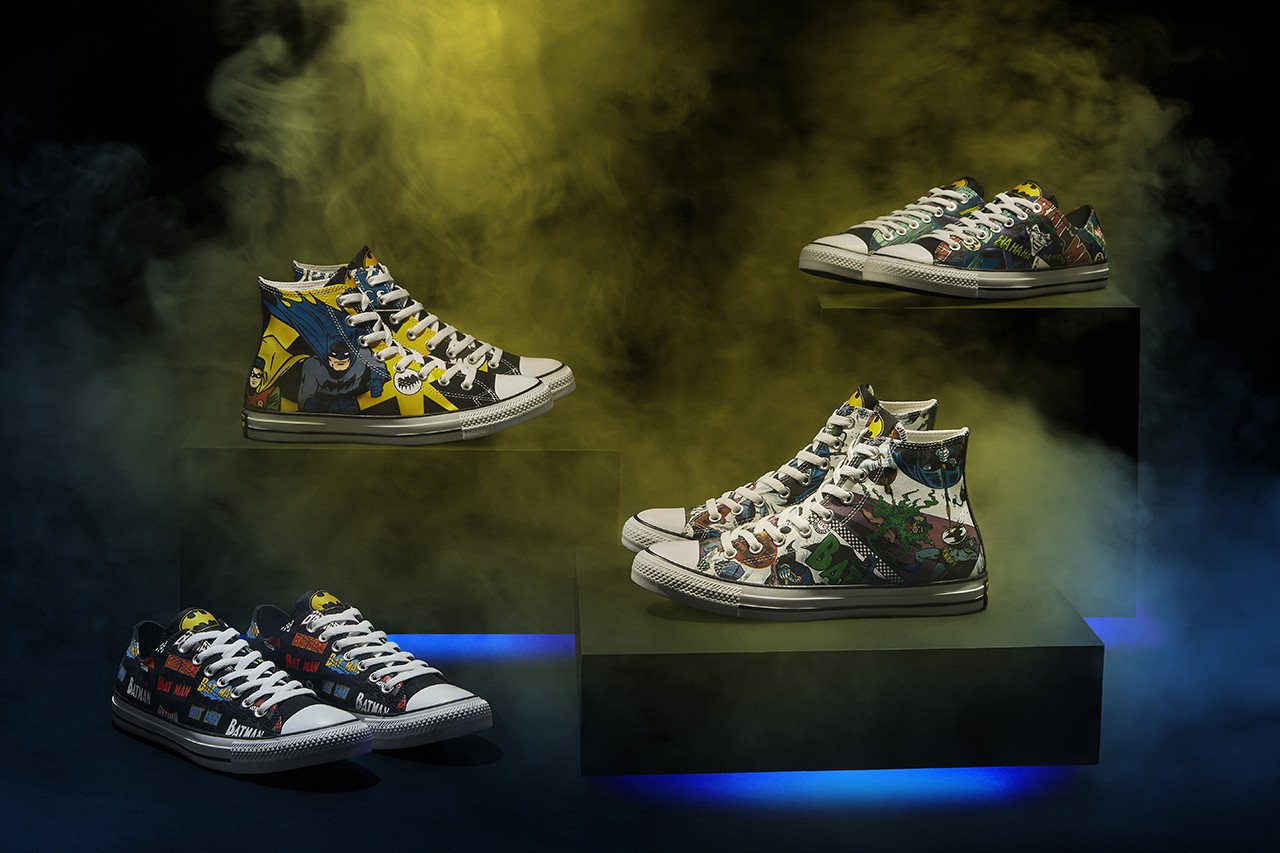 It’s not the first time that Converse teams up with Warner Bros. to create a Batman-inspired capsule collection, but this time, to celebrate the 80th anniversary of DC Comics’ hero, the lifestyle sneaker brand has decided to work on the artistic evolution of the character.

Converse’s designers took a deep look into the DC Comics archive to create a range that pays homage to the talented artists who have touched the Batman franchise with their own different styles.
This collection delivers six pairs covered in throwback motifs where the inspiration is predominantly drawn from the 1950s, ’60s and ’70s, tapping into the classic Pop Art style that was developed and popularised during those eras.
The collection is composed of two Chuck ’70s, two pairs of high-top All Stars and two low-tops in sizes for all the family.

The first Chuck ‘70 sports a classic white canvas upper adorned with the pink and yellow logo first seen on the issue of Batman #220, which released on March 1970. The second Chuck ‘70 features various reinterpretations of this same artwork which overlay a black canvas upper.

The Chuck Taylor All Star Hi Top features an artwork inspired by a cover of March 1967 pencilled by Carmine Infantino and inked by Joe Giella.

One of the oldest artworks to feature is taken from Detective Comics #164 released in October 1950. The depiction of Batman and Robin was pencilled by Win Mortimer and inked by George Roussos. The two pairs of low-tops depict respectively an image of the Joker from 1973 and seven Batman logos which were used between 1940 to 1986.

The special capsule collection will release on October 1 at select stockists and at Converse.com on October 21.