Home > > The Month in Brand Innovation 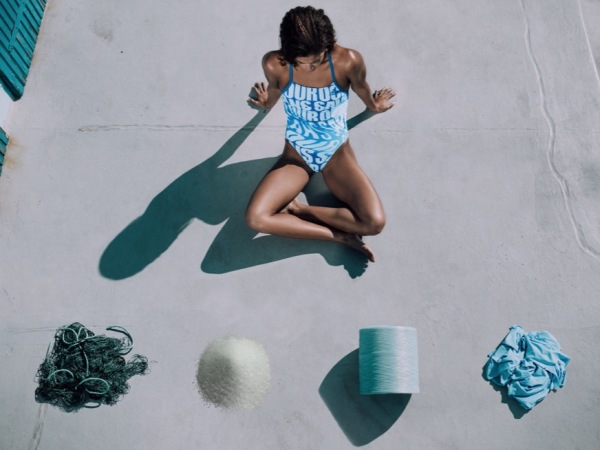 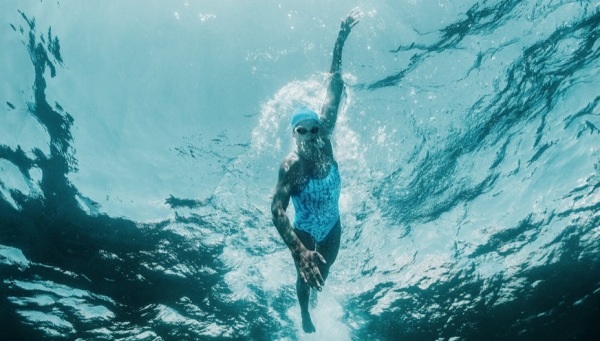 A common refrain of business and marketing media is that markets have turned the corner on the question of environmental responsibility. We’re told consumers are no longer prepared to accept anything less than full responsibility and transparency when it comes to brands, ethics and the environment.

But this is a reality that still seems far away. Environmental marketing has been an important factor at least since the early nineties. Yet over the course of a generation, marketing and consumer activism have been far less potent catalysts of change than technology and legislation. Few brands have found a formula to galvanize environmental and consumer behaviour.

What is true is that the issue of corporate and personal responsibility has become much broader and more nuanced than 20 years ago, as has the public’s consumption of information around it. Bite-sized information like Instagram posts and captioned videos are making it easier for brands to get well-intentioned ideas to spread and stick. Using these platforms, brands can more easily draw attention to one aspect of environmental responsibility and avoid getting lost in the larger conversations around supply chains or politics.

A prime example is adidas, who last month added a new chapter to its hugely popular on-going narrative around ocean waste management with the release of a new swimming range built from recycled Econyl fibre. Adidas has a strong record on sustainability, but what’s notable in this initiative is the partnership with the non-profit platform, Parley for the Oceans, and its choice of this narrow storyline as a leitmotif for its wider activities. Using similar technology, the Spanish start-up, Ecoalf, regularly captures high-profile attention. Last week’s news of new investment in the Madrid-based company raises hopes that its cause can gain even more momentum.

Also at the ispo show in Munich, US action sports brand, Shred, revealed a new line of snowboarding goggles using various sustainable technologies, including resin recovered from the CAPiTA snowboards production line. Recycled materials in eyewear are a growing trend that I’ve noticed more and more in recent weeks from new brands like Karün (Chile), Parafina (Spain) and more established trendsetters like Komono.

Elsewhere, Mango placed its new MANGO Committed collection front and centre of its spring campaign. The new initiative from the fast fashion chain deals with different aspects of ecology and a more reductive aesthetic. Meanwhile, H&M expanded its Conscious Exclusive initiative by presenting complex designs made from Bionic yarn. Like adidas, the Swedish chain is systematically choosing narrower, more remarkable stories to spearhead its wider efforts around sustainability and social responsibility. 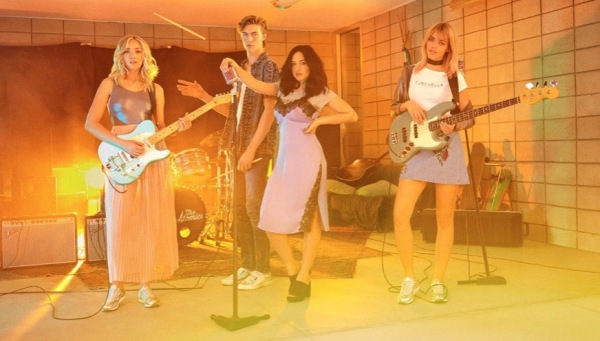 Music is having a greater impact on brands, products and market conversations than ever before. Meanwhile the template for music-themed brand innovation is evolving at a dizzying pace.

Only two years ago, things looked very different. We were told illegal downloading and streaming were killing the music industry. It was rare to encounter music brands outside their native domains of media, events and essential merchandise.

Fast-forward to today, and it turns out that streaming and social media are helping more people to listen to more music than ever before. A by-product of increased access has been that the breadth of products, categories and channels interacting with music is growing markedly, and with increasing sophistication.

Consider that in 2015 a Justin Bieber t-shirt was a $25 item available only at concert venues and specialty retailers. In 2016, he was selling tees for $195 at Barneys (also featuring the image of Marilyn Manson). The Bieber example is extreme but it illustrates the nature of the transformation taking place.

Meanwhile, musicians are reclaiming their position as leading influencers. These days, their impact isn’t social or political so much as stylistic and commercial.

In February, several new releases demonstrated the deepening ties between music and marketing. They ranged from a music video by The Atomics to showcase the 2017 H&M ♥︎ Coachella collection (looking nothing like festival merchandise) to the same retailer’s “selected by” collaboration with The Weeknd’s XO label. Pharrell Williams introduced an expanded line with G·Star Raw, Marc O’Polo announced a forthcoming capsule by Robbie Williams and, after much teasing, Lil’ Yachty arrived to rejuvenate Nautica. Meanwhile, the inimitable Daft Punk ambushed the Grammys with a pop-up store in Los Angeles that blurred the lines between exhibition, retail and event.

In truth, in the year since Kanye West proved himself to be as valuable to adidas as any athlete (just like Rihanna for PUMA), every month has produced myriad examples of music brands adding visibility and creative direction in original and ambitious ways.

The synergies resonate far beyond the obvious fashion x young consumer axis: consider other recent tie-ins like Roger Daltrey for Rolls Royce, Magne Furuholmen (A-ha) designer rugs, Kravitz Design home collections, new flavours of Motörhead beer and even Jill Scott greeting cards. Likewise, in the last two years the interest shown by lifestyle and luxury labels in prestige bands like The Beatles and The Rolling Stones has been surging.

If DJ Khaled can attach his name to exclusive Timberlands and Palmer’s Cocoa Butter in the space of a month, you can be sure this is not going to stop any time soon. 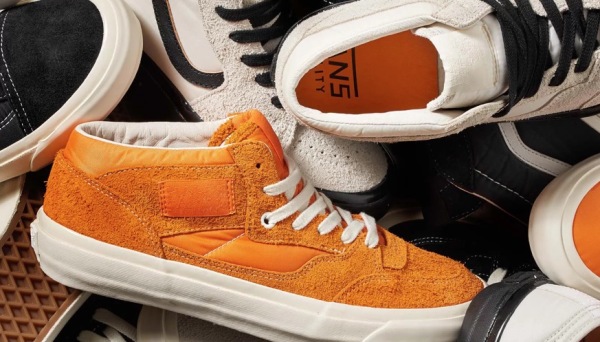 In January’s report, I wrote about the most energetic brand innovators…the power-users of the so-called Collaboration Generation. No category has a more competitive approach to collaboration and savvy licensing than sneakers, where the biggest user of all is perhaps the Californian shoe brand, Vans. Last year, the skater brand used its 50th anniversary to extend its lifestyle reach, and has begun 2017 with collaborations and special product releases continuing to appear on a nearly weekly basis.

An interview with Vans’ VP of lifestyle footwear published last month contained some interesting insights into the marketing dynamics and commercial outcomes of its collaborations. In it, a comment from Highsnobiety editor, David Fischer, reverberated most strongly: “You can see that someone is behind that line with a certain taste and knowledge of the market”.

While it’s true that subcultures like skate and sneaker collecting have higher-than-average expectations of cultural alignment, the Vans example illustrates an interesting point about acquiring relevance and coolness. Like Fight Club, the first rule of being cool is not talking about being cool, but brands can demonstrate fit and social positioning by showing good taste and connections. Unlike advertising, sponsorships and endorsements, collaborations bake in cultural connectivity and make it tangible and intuitive, while appealing to a growing number of consumers interested in design, pop culture and personal expression. 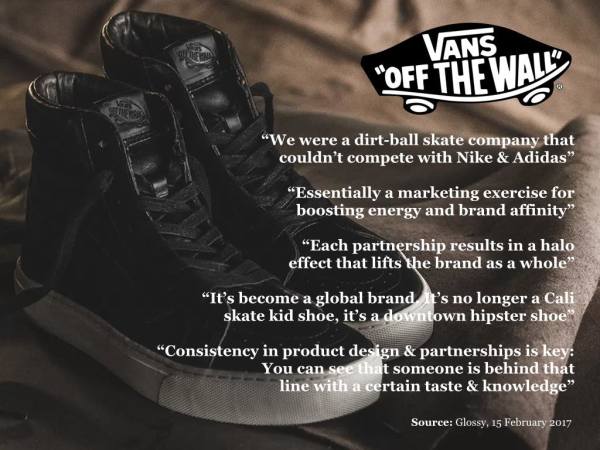 Reportage eyewear: licensing in the time of integration 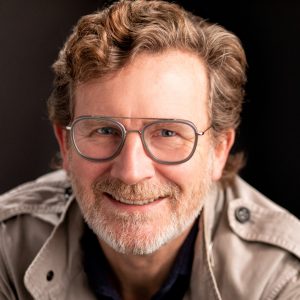