Home > > The Rodnik Band: Philip Colbert to speak at BLE

The Rodnik Band: Philip Colbert to speak at BLE

Disruption, brand extensions, smart collaborations and savvy use of celebrities…that’s Philip Colbert’s recipe for building a pop fashion brand from scratch. His successful label, The Rodnik Band, is a fashion star that behaves like a pop star.

Then in 2008, The Rodnik Band concept took shape. Colbert decided to deliberately present the label as a pop band rather than a traditional fashion label.

A collaboration with the Italian department store OVS in 2010 was the first strategic play for a broader audience. Another with Energie Jeans (Sixty Group) followed. 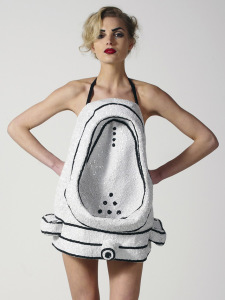 Meanwhile, Colbert’s unveiling of the Duchamp-inspired “urinal dress” was accompanied by other extravagant projects like a collaboration with artist, Alison Jackson that saw celebrity doppelgangers featuring in a number of high-profile satirical stunts at London Fashion Week –  from Kate and Pippa Middleton performing “The Royal Fitting” to a dream team front-row of Queen Elizabeth, Elton John and Katy Perry.

The Rodnik Band never loses its bearings. Every step – even if only an outlet for Colbert’s relentless creativity – seems to be a carefully orchestrated way of growing reach. A Rodnik x Peanuts licensed collection was launched, spawning exclusive limited editions for Colette and Galeries Lafayette. A range of Rodnik x MADE furniture and home accessories launched earlier this year via made.com, and a car collaboration with Smart has recently been announced.

What other spectaculars lie in store for The Rodnik Band? Anybody interested in finding out is invited to hear Philip Colbert speak at Brand Jam’s seminar at Brand Licensing Europe on October 15: Philip will talk about The Rodnik Band, where it is and where it’s going. 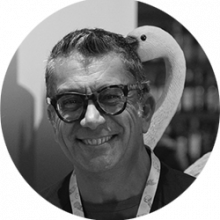