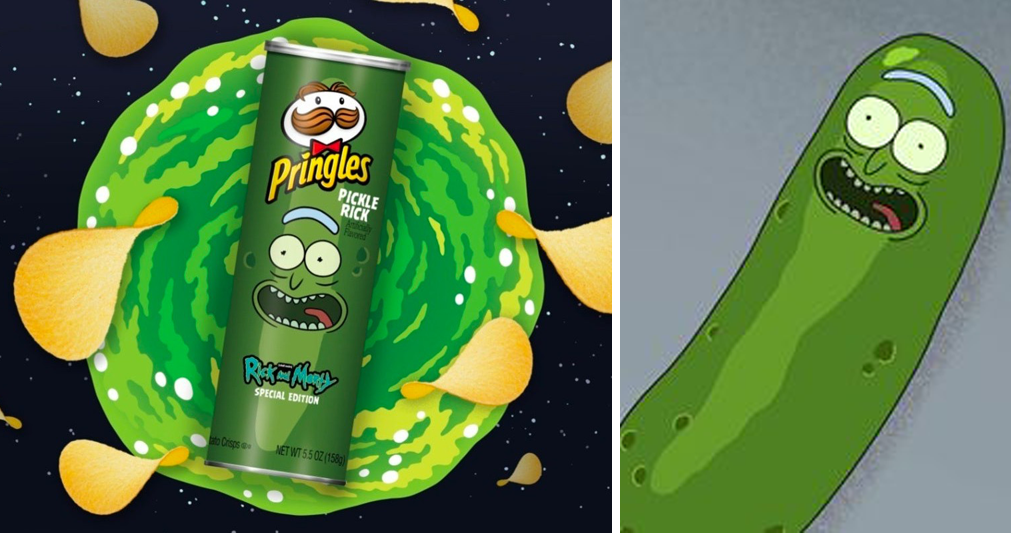 After winning millions of fans and collecting several collaborations in the fashion industry, Rick and Morty also bit into the snacks’ world with a surprising collaboration.
Pringles, the famous Kellogg’s snack, has, in fact, signed a collaboration with Adult Swim for the creation of a particular new flavour based on the infamous character, “Pickle Rick”.
The concept comes from one of the most loved episodes of the animated television series Rick & Morty, where Rick Sanchez turns himself into a pickle in order to avoid attending a family therapy session his daughter scheduled. The episode follows Rick’s adventures as a talking pickle, who fights through hell only to return to his normal state and end up in therapy.

As a sort of “remake” of the classic Pringle taste “Dill Pickle”, the spacial edition “Pickle Rick” will be launched in the United States in 2020.
Official dates for the new flavour have yet to be revealed, but fans can expect the limited release to hit shelves in February, close to the time of the up13coming Super Bowl as Pringles has planned for a 30-second ad in the second quarter of Super Bowl 2020, where Rick and Morty will be fully worked in.

Gareth Maguire, senior director of marketing at Pringles, explained that the collaboration with Adult Swim was born with the intention of doing something new for the brand for the 2020 Big Game and that the growing popularity of the Rick & Morty show is the reason that made them choose this project.
It hasn’t been disclosed if the “Pickle Rick” limited edition will hit the shelves of other regions.