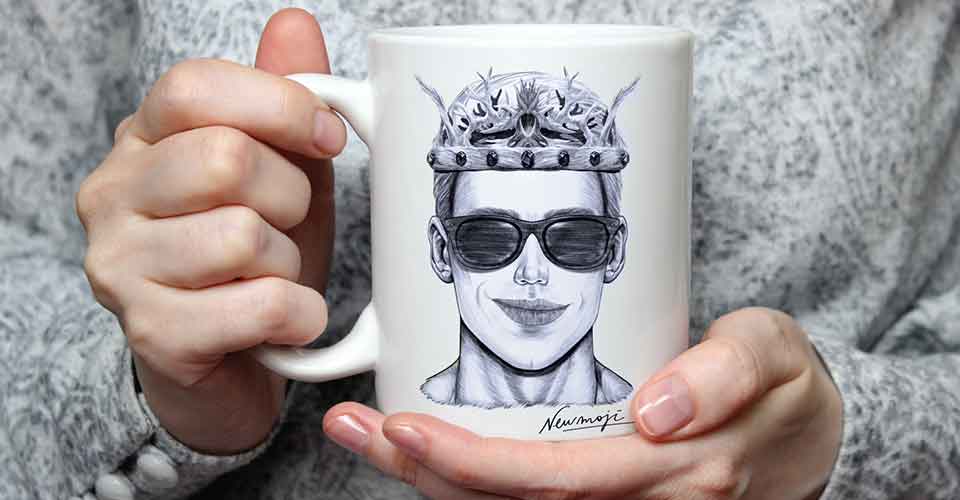 The Smiley Company is widely credited for its significant contribution in the creation of emojis and their evolution to the global communications phenomenon they are today. Things are radically changed since 1996, when Nicolas Loufrani, CEO of the company, put a Smiley on a cellphone with Alcatel: now no less than 6 billion emojis are sent daily on phones and messaging devices globally.

Loufrani in the meantime digitalized his Original Smiley into a variety of emoticons in 1997, creating The Official Smiley Dictionary, a directory of 3,645 icons representing a variety of words, emotions, objects and animals. “The Birth Of A New Universal Language” happened in 2001 when Smiley launched The Official Smiley Dictionary online, sparking a plethora of new emoji, all descendants from there.

That’s why in the past couple of years Smiley have been working to carve out a new creative vision for the future of emojis, talking to consumers through a variety of focus groups and quantitative studies. The loud and clear message from consumers was that they are starting to place real value in product design when purchasing products with emojis and that there is a major demand for a variety of real looking icons. These insights brought Smiley to understand that the market is maturing and that some consumers are looking to see new and fresh products in the market, with a revolutionary emphasis on design.

“A new iteration of the movement for communication-based on icons” is in fact the vision of Newmoji, the new project presented by Nicolas Loufrani at Brand Licensing Europe.

The 2 Newmoji design styles – Art and Extreme3D – are intentionally featuring a much more sophisticated take on what is currently going on in the market.

Tested against all existing emoji styles in the market from Apple, Microsoft, Samsung, both programs are based on one side on hand-drawn aesthetic, combining the current trends for quality illustration and hyper-realistic art, on the other side on a style more aligned with what kids are used to when it comes to movies and major entertainment properties like Cars, Minions or Fortnite.

From a marketing standpoint, the Newmoji program is born to compliment Smiley’s mixed marketing strategy, helping to developing market tiers and territories where Smiley doesn’t already have presence in. Yellow emoticons have purposefully left out of the top tier style guides in the Newmoji program, in order to not conflict with Smiley’s already well established position in the premium market.

The communication of this revolution is planned with a B2B launch to licensing partners at BLE next week, and a consumer stage which will be amplified through 20 global PR agencies and via a Newmoji app on IOS and Android, to coincide with World Emoji day on July 17th, 2020.

To find out more about Newmoji you can visit Smiley booth B221 at BLE from 1-3rd October 2019, or contact barth@smiley.com for more information.