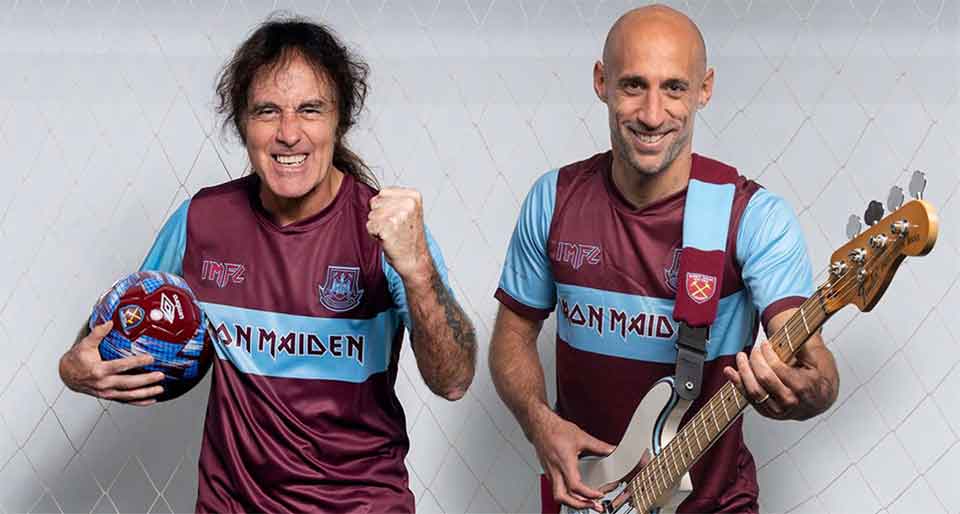 After AS Roma x Tokidoki, another collaboration unites a football team with a world recognized brand, this time in the music business.

A West Ham fan since when he was nine, Iron Maiden bassist and songwriter Steve Harris is the man behind this collaboration between his band and the football team.

The jersey is available on preorder on West Ham e-store at 65€ price, available not before January 27th.

West Ham’s licensing manager Tracey Stratton declares that this collaboration makes perfect sense. “ One weekend last summer our club shop was inundated with rock fans from all across the globe, and we realised that Iron Maiden were playing two sold out shows at the O2.”

West Ham’s Argentinian defender Pablo Zabaleta, echoes that “Iron Maiden are a huge icon back home in South America and it’s great for fans of West Ham and the band to be able to show their support for both.”

Once again the licensing platform allows a football team to add new storytelling layers to its brand, reaching new fans and expanding in new territories. And according to Brand Jam’s Halo Licensing Survey, this is a fast growing trend, sure enough to see more football and other sports team following the same strategy in the near future.

View all posts by Paolo Lucci →