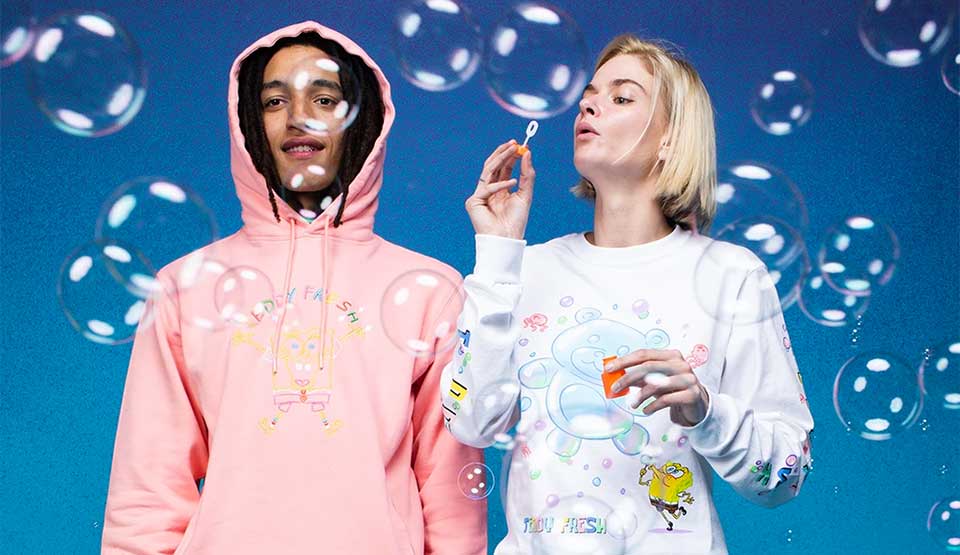 Teddy Fresh is a colourful apparel brand launched in 2017 by the duo Hila and Ethan Klein, the YouTube creators behind H3H3 Productions. The brand immediately got recognition and popularity, and worn by Twitch star Imane ‘Pokimane’ Anys and Billie Eilish.

Their first collaboration – Spongebob Squarepants x TeddyFresh, has reached an amazing and quick success. It has been firstly announced via Ethan Klein’s Twitter account on February 19, declaring “We’re so excited to finally announce something we’ve been working on for a long time… SpongeBob x Teddyfresh!”

Then, one day before the launch, 26th February, Teddy Fresh twitter account announced officially the launch due for the day after, while the H3 Podcast presented all the range, with Ethan Klein alerting the viewers “I’m telling you, this is going to move fast fast fast. So you better be waiting if you want this because it’s going to be gone so fast!”

A promise kept, as all items are sold out now.